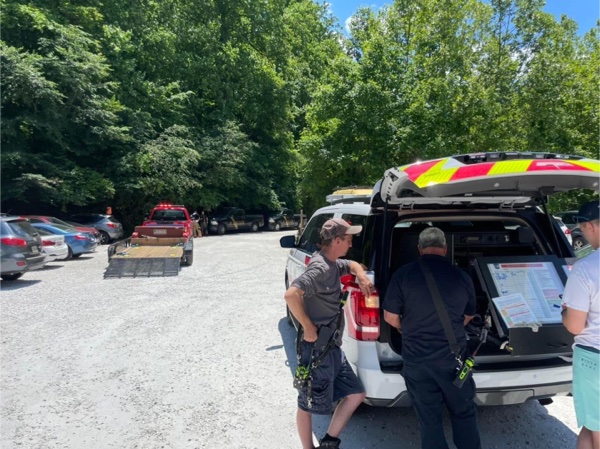 
UPDATE: This incident occurred at just after 1:00 p.m. in the area of Pot Rocks/9800 Anvil Court (21128), according to the Baltimore County Fire Department.

PERRY HALL, MD—Crews are performing a back country rescue following a horseback riding accident in Kingsville on Saturday afternoon.

The incident occurred at around 2:30 p.m. at in the woods at Gunpowder Falls State Park off of Belair Road in Kingsville.

Initial reports indicate that the horse may have been spooked/attacked by a dog, causing it to panic and throw its female rider, who was then trampled by the horse.

Medevac is being summoned due to the severity of injuries sustained.