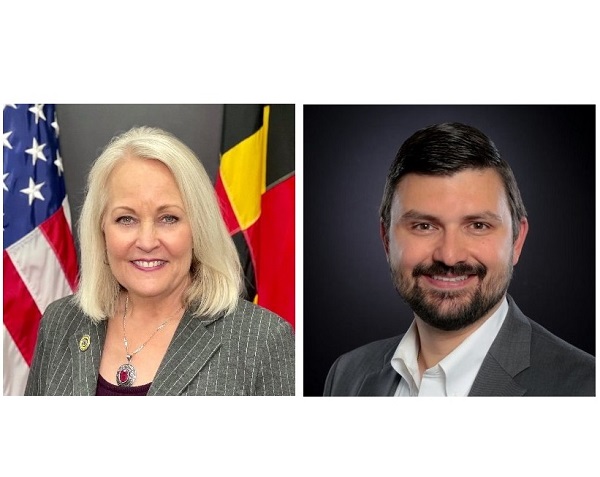 
PERRY HALL, MD—Delegate Kathy Szeliga and Ryan Nawrocki on Tuesday announced that they are teaming up to bring “common sense conservative representation to the citizens of District 7A in Baltimore County,” according to an official press release.

“Citizens in Baltimore County deserve strong and proven leadership. Ryan Nawrocki and I are running together to deliver solid conservative representation in Annapolis,” said Delegate Szeliga.

A leader in the House of Delegates, Kathy Szeliga has represented most of the newly created district for 12 years. Kathy Szeliga and Ryan Nawrocki are both fiscal conservatives who say they will lower taxes and reduce out-of-control government spending.

“They are committed to ensuring parental rights in education,” reads the announcements. “As a team, they will fight to protect life at all stages, from the womb to natural death. Nawrocki and Szeliga are both strong supporters of the 2nd Amendment and believe in the Constitution and the rule of law.”

“For too long, we’ve had out of control tax and spend policies in Annapolis, a lack of funding to address crime in our communities, and not enough parental control in our children’s education,” said Nawrocki. “I’m honored to team up with a conservative leader like Delegate Szeliga to fight for the citizens of district 7A.”

Senator J.B. Jennings will also represent the new districts 7A and 7B.

“I’ve had the honor of serving with Kathy Szeliga as we both proudly represent the 7th District,” said Senator Jennings. “We have fought hard to lower taxes, fight crime, and improve the lives of all Marylanders. I have known Ryan Nawrocki for almost 20 years. In that time, he has continuously demonstrated that he is a dedicated and hardworking person that I can count on. A proud family man, he is focused on making our community a safer and better place to live. I look forward to working with him as we fight for our shared values.”

Kathy Szeliga has been married over 42 years to her husband Mark, and they have two married sons and two granddaughters. Together, they started a general contracting company 36 years ago, which they both continue to manage jointly. They live in Perry Hall and attend Mountain Christian Church in Joppa.

Ryan Nawrocki and his wife Lauren live in Middle River with their daughter Emily and sons Matthew, Luke, and Jacob. Earning her doctorate degree in nursing practice, Dr. Lauren Nawrocki is the co-owner of the family’s aesthetics practice and is a professor at the University of Maryland. Ryan earned his master’s degree in public management from Johns Hopkins University and was recently named a Hometown Hero by the Chesapeake Gateway Chamber of Commerce for his work with the Middle River Volunteer Fire & Rescue Company.

Additional information regarding Kathy Szeliga and Ryan Nawrocki can be found at https://www.electkathy.com or https://www.ryannawrocki.com.