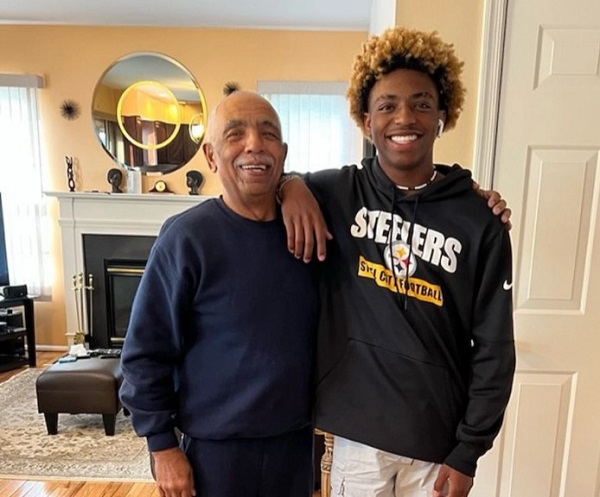 
ESSEX, MD—“I knew that one day I probably would use my CPR training, but I never thought it would be on my family…,” says Kai George, a junior at Kenwood High School, who was enrolled in the Kenwood Air Force JROTC program and is now in Kenwood’s Sports Science Academy. He adds that he also never expected to use his CPR and first aid training to save a life before he left high school.

March 21 seemed to be a normal day for Kai until things took a remarkable turn. Just as Kai and his grandparents were leaving the house, Kai’s grandfather collapsed to the ground because of a heart attack.

Kai’s training with Kenwood’s Sports Science Academy and JROTC program kicked in immediately. He alerted his grandmother to call 911 while he started CPR.

“Kai was able to revive his grandfather with his quick actions and CPR,” says Principal Brian Powell. “When the family arrived at the hospital, medical personnel informed Kai that he saved his grandfather’s life and that he is the reason his grandfather is alive today. When medical personnel asked Kai where he learned CPR, he said he had learned it at Kenwood in his AFJROTC course and his Sports Science Academy (Paramedical Biology) classes. The family called us to share their great appreciation of all that our staff has taught Kai and that we prepared Kai to save their grandfather’s life.”