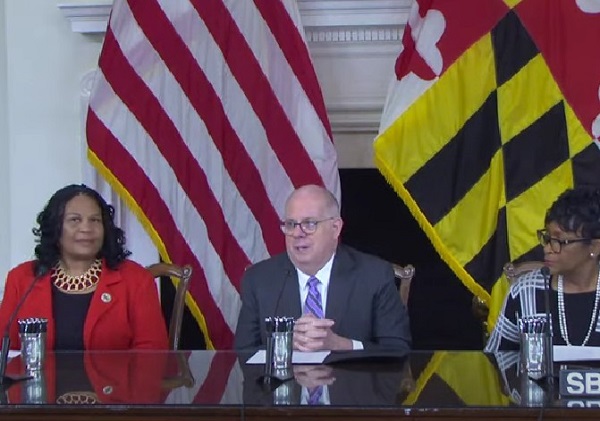 
ANNAPOLIS, MD—Governor Larry Hogan this week signed an additional 103 bipartisan bills into law, including measures to advance key administration initiatives, such as the More Jobs for Marylanders Act and the Judicial Transparency Act.

“Today, we signed another 103 bipartisan bills into law, including measures to promote job creation, address violent crime, advance our Chesapeake Bay restoration goals, and protect our firefighters and first responders,” said Governor Hogan. “I want to thank the presiding officers and legislative leaders on both sides of the aisle for working with us to continue changing Maryland for the better.”

The governor was joined for the historic signing ceremony by House Speaker Adrienne A. Jones and Senate President Pro Tem Melony G. Griffith.

In his opening comments, the governor highlighted the following measures:

The full list of bills enacted is available here.

Video is available below.