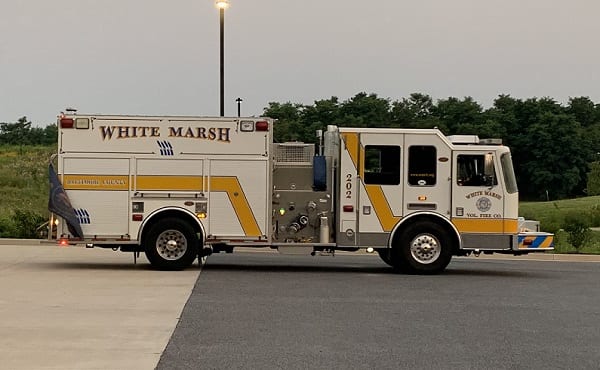 
WHITE MARSH, MD—Crews responded to a fire at a store in White Marsh on Wednesday morning.

At around 11:30 a.m., units responded to the Target on Campbell Boulevard for a report of a fire.

The White Marsh Volunteer Fire Company reports that a tarp on the ceiling had caught fire, but store occupants extinguished it upon arrival.

The Kingsville Volunteer Fire Company also responded and aided with ventilating the building after the blaze was extinguished.

The fire was reportedly caused by welding work that was being done on the roof.