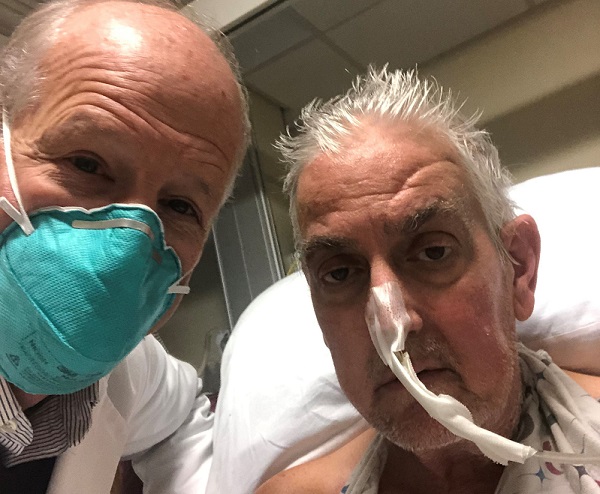 
BALTIMORE, MD—David Bennett, the 57-year old patient with terminal heart disease who made history as the first person to receive a genetically modified pig’s heart, passed away yesterday afternoon on March 8, the University of Maryland Medical Center has announced.

Bennett received the transplant on January 7 and lived for two months following the surgery. His condition began deteriorating several days ago. After it became clear that he would not recover, he was given compassionate palliative care. He was able to communicate with his family during his final hours.

“We are devastated by the loss of Mr. Bennett. He proved to be a brave and noble patient who fought all the way to the end. We extend our sincerest condolences to his family,” said Bartley P. Griffith, MD, who surgically transplanted the pig heart into the patient at the University of Maryland Medical Center (UMMC). Dr. Griffith is the Thomas E. and Alice Marie Hales Distinguished Professor in Transplant Surgery and Clinical Director of the Cardiac Xenotransplantation Program at the University of Maryland School of Medicine (UMSOM). “Mr. Bennett became known by millions of people around the world for his courage and steadfast will to live.”

Muhammad M. Mohiuddin, MD, Professor of Surgery and Scientific Director of the Cardiac Xenotransplantation Program at UMSOM, added: “We are grateful to Mr. Bennett for his unique and historic role in helping to contribute to a vast array of knowledge to the field of xenotransplantation.”

Bennett first came to UMMC as a patient in October 2021, where he was bedridden and placed on a heart-lung bypass machine, called extracorporeal membrane oxygenation (ECMO), to remain alive. He was deemed ineligible for a conventional heart transplant. Before consenting to receive the transplant, Bennett was fully informed of the procedure’s risks, and that the procedure was experimental with unknown risks and benefits. On December 31, the US Food and Drug Administration granted an emergency authorization for the surgery in the hope of saving his life.

Following surgery, UMMC says the transplanted heart performed very well for several weeks without any signs of rejection. The patient was able to spend time with his family and participate in physical therapy to help regain strength. He watched the Super Bowl with his physical therapist and spoke often about wanting to get home to his dog, Lucky.

“We have gained invaluable insights learning that the genetically modified pig heart can function well within the human body while the immune system is adequately suppressed,” said Dr. Mohiuddin. “We remain optimistic and plan on continuing our work in future clinical trials.”

Added Dr. Griffith: “As with any first-in-the-world transplant surgery, this one led to valuable insights that will hopefully inform transplant surgeons to improve outcomes and potentially provide lifesaving benefits to future patients.”

Crate and Barrel recalls Be the Band Music Sets due to choking, suffocation risks