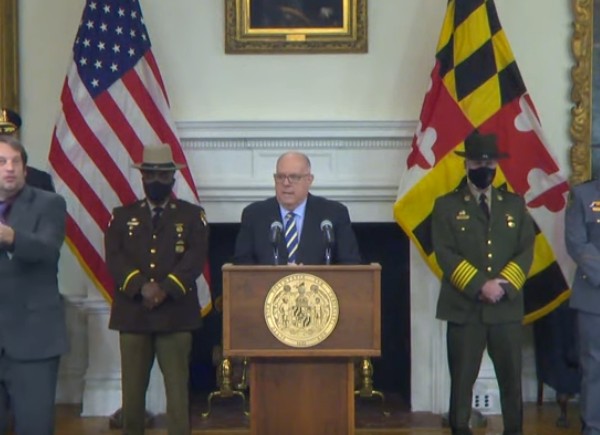 
ANNAPOLIS, MD—Governor Larry Hogan on Monday announced the expansion of the Re-Fund The Police Initiative to a three-year, $500 million investment in increased support for law enforcement, and for increased crime control and victim protection services across the state. The governor also announced that he will reintroduce legislation to address violent crime during the upcoming session of the Maryland General Assembly.

“Even in the most progressive cities all across the country, leaders are now following our lead and admitting that instead of defunding, they need more investment in public safety,” said Governor Hogan. “There is nothing more important than addressing the violent crime crisis in our state and our effort to re-fund the police and to give them the support and the resources they need to do their jobs more effectively.”

Additional line-item details will be available in the FY23 budget.

The governor announced that he will once again introduce legislation to address violent crime during the session of the Maryland General Assembly that begins Wednesday:

For more data and information on parole and probation, please see this report issued to the General Assembly.

Video from Monday’s announcement can be viewed below.