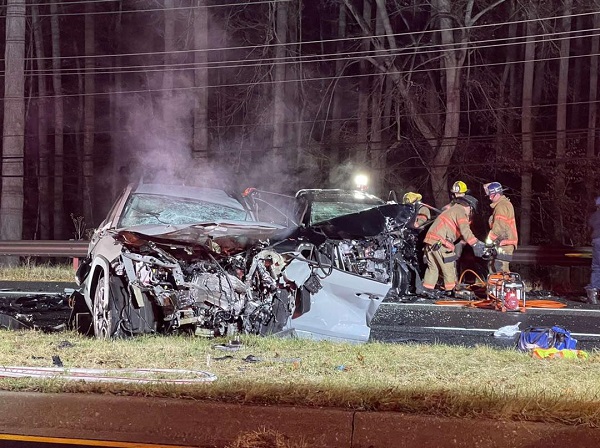 
UPDATE: Two people have now died due to this crash.

KINGSVILLE, MD—Crews responded to a serious, overnight crash in Kingsville.

At just after 12:15 a.m., units responded to the area of Belair Road at Sheradale Drive for a report of a head-on crash.

At the scene, firefighters found multiple people trapped in two vehicles, according to the Kingsville Volunteer Fire Company.

One person, a rideshare driver, was pronounced dead at the scene.

There has been no word on the condition of the other three patients.  Initial reports indicate that speed may have been a factor.

Belair Road was briefly shut down while crews worked the scene.  Route 1 had also been closed at Miller Road at around 6 p.m. on Friday for an earlier crash.