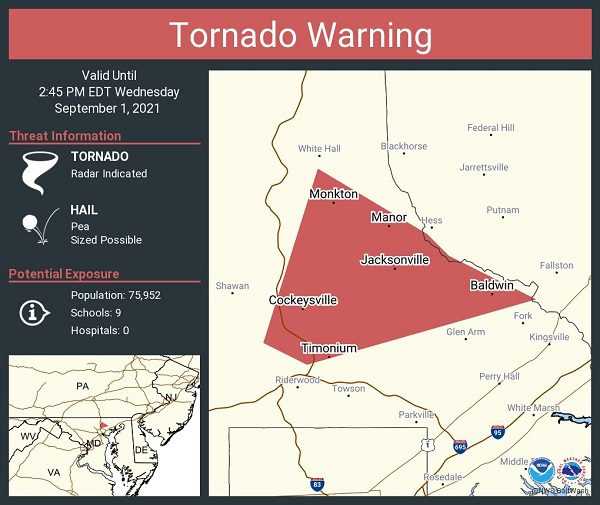 
UPDATE 2: A fourth Tornado Warning has been issued for Nottingham, White Marsh, Rosedale, and Perry Hall.

UPDATE: A third Tornado Warning has been issued for the Middle River area.

Residents should take cover and head to the lowest floor of their residence or structure.

Meanwhile, a tornado appears to be on the ground in the Edgewater area.

More in the videos and graphics below.