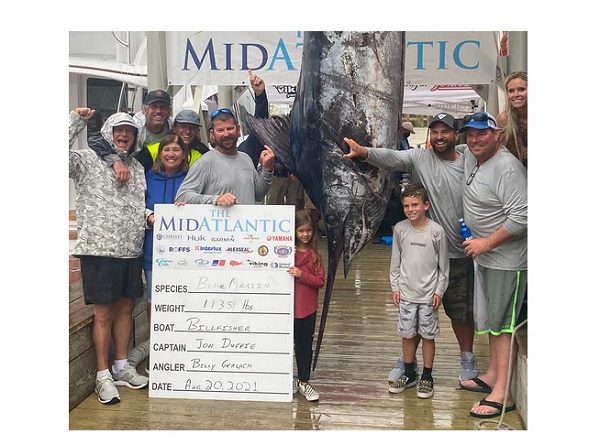 
OCEAN CITY, MD—A Florida angler is the new Maryland state record holder for a blue marlin, which he caught in an August 20 tournament at Ocean City.

After a few hours of trolling 70 miles offshore near Washington Canyon, Gerlach said he “was praying for a bite,” when he felt a hit. The battle to reel in the “grander” blue marlin took more than three hours, using a Joe Yee Super Plunger for a lure.

“I’ve been waiting for that bite my whole life,” Gerlach said. The blue marlin was donated to area food banks and parts of the fish were collected for scientific research.

Anglers who think they have a potential record catch should download and fill out the state record application and call 443-569-1381 or 410-260-8325. The department recommends the fish be immersed in ice water to preserve its weight until it can be checked, confirmed, and certified.