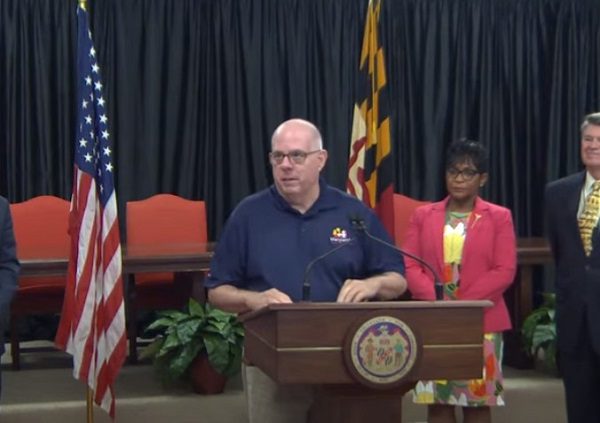 
ANNAPOLIS, MD—Governor Larry Hogan on Friday announced the launch of Connect Maryland, a transformative new initiative to supercharge the State of Maryland’s broadband with a total new investment of $400 million to fully address the digital divide. The governor made the announcement in Snow Hill, where he was joined by Senate President Bill Ferguson, House Speaker Adrienne A. Jones, and other local elected officials.

“The State of Maryland has set an ambitious goal of ensuring universal broadband to everyone in every single corner of the state by no later than 2025, and Connect Maryland is the game-changing initiative that is going to get us there,” said Governor Hogan. “This is just one more shining example that we aren’t just committed to fully recovering from the pandemic, but we are committed to coming back even stronger and better than ever before.”

$400 Million In Broadband Funding. Connect Maryland includes the investment of an additional $100 million to expand broadband access across the state. This is in addition to the $300 million investment that was announced in March as part of a bipartisan budget agreement to allocate federal funding from the American Rescue Plan Act.

Maryland Broadband Advisory Workgroup. To ensure that funding is invested in local communities swiftly, Governor Hogan announced the creation of a bipartisan Maryland Broadband Advisory Workgroup, which will bring together key stakeholders from across the state. This panel will include representatives from the counties and municipalities, as well as members of the General Assembly, to advise the state on the best ways to utilize this new investment in broadband infrastructure.

The federal program provides a discount on internet service of up to $50 per month; when combined with state assistance, households can receive a discount of $65 per month for up to 12 months.

A household is eligible for the program if a member of the household meets one of the criteria below:

For more information about the Maryland Emergency Broadband Benefit Subsidy Program, the Office of Statewide Broadband, and its initiatives, visit https://dhcd.maryland.gov/Broadband.