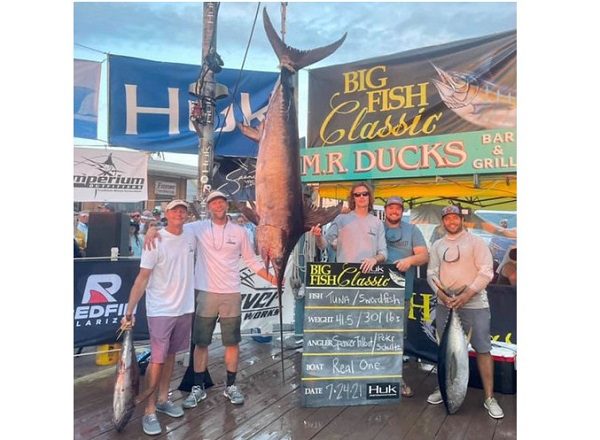 
OCEAN CITY, MD—An Anne Arundel County angler has become the first officially-recognized state record holder for swordfish, which he caught in a tournament on July 23 in Ocean City.

Using a dead eel on a circle hook; Talica 50 reel with 65-pound braid line; and a 25-foot, 150-pound leader, Schultz and his team reeled in the fish following an epic, eight-hour effort.

Schultz describes the swordfish as a “fish of a lifetime” and credits his team for the record catch.

“We put so much effort into this,” Schultz said “Everyone had a crucial role.”

Anglers who think they have a potential record catch should download and fill out the state record application and call 443-569-1381 or 410-260-8325. The department recommends the fish be immersed in ice water to preserve its weight until it can be checked, confirmed, and certified.