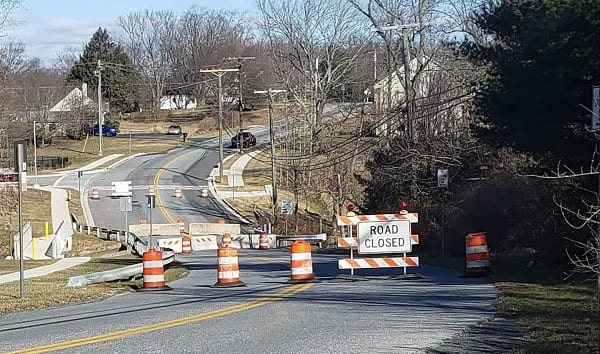 NOTTINGHAM, MD—Councilman David Marks on Thursday provided an update on the reopening of the Joppa Road Bridge.

Baltimore County officials now advise that the bridge will now likely be reopened in August.

Officials say the extended duration is due to workload constraints, labor and material availability, and a more complicated design than originally anticipated.

The county’s bridge maintenance contractor will be remobilizing at the site this week to begin constructing the new cast-in-place concrete abutment caps.

Concurrently, contractors are finalizing the engineering plans for the replacement superstructure (top portions of the bridge that spans between the abutment supports). The superstructure will be made of precast concrete slabs.

Due to the asymmetric orientation of the existing abutments, several precast concrete slabs of different sizes need to be design and detailed, officials say.

The county says contractors have placed a high priority on completing this project.


“I know this is not terrific news, but the problem of material shortages is being faced throughout the economy,” Councilman Marks said on Thursday. “I’m doing all I can to expedite this.”

Crews respond to rollover crash on I-95