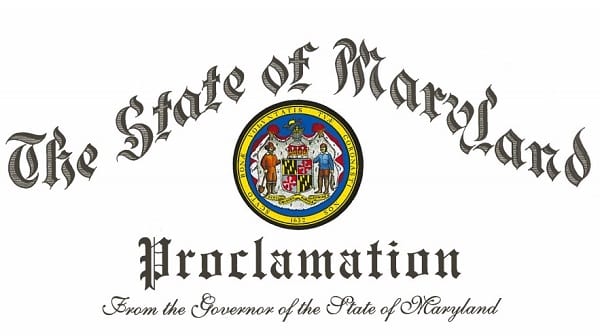 UPDATE 2: Baltimore County Public Schools will be open and operating on normal schedule on Friday.

UPDATE: A list of Baltimore County closures can be found here.

ANNAPOLIS, MD—Governor Larry Hogan on Thursday announced that state government agencies and offices will be closed on Friday, June 18, 2021 in observance of Juneteenth National Independence Day.

Juneteenth commemorates the end of slavery in the United States.


“This is an important step forward for our country,” said Governor Hogan. “Maryland is proud to support this legislation, and observe this new national holiday.”

Congress has passed S. 475, bipartisan legislation recognizing June 19 as Juneteenth National Independence Day. By law, whenever a national holiday falls on a Saturday, state employees observe the holiday on the preceding Friday.

In addition, Governor Hogan has issued a proclamation in honor of Juneteenth.

The proclamation can be viewed below.