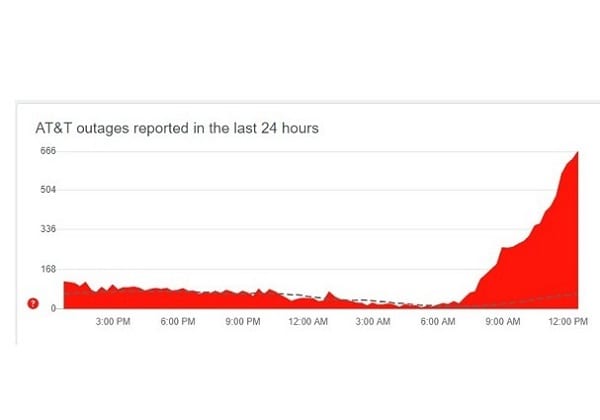 
NOTTINGHAM, MD—A major outage at AT&T was affecting many Baltimore-area residents on Wednesday.

The problems were first reported between 9 and 10 a.m. and were still being reported as of Wednesday afternoon.

Many AT&T customers reported that their mobile navigation apps had stopped working and that they weren’t able to make phone calls or send/receive text messages.

Some users reported that their phones were switching from 5G over to 4G, but even the 4G network wasn’t connecting.

An outage map on DownDetector.com shows that the I-95 corridor from Baltimore to D.C. seems to be the hardest hit, along with portions of New York State.

There has been no update provided by AT&T.