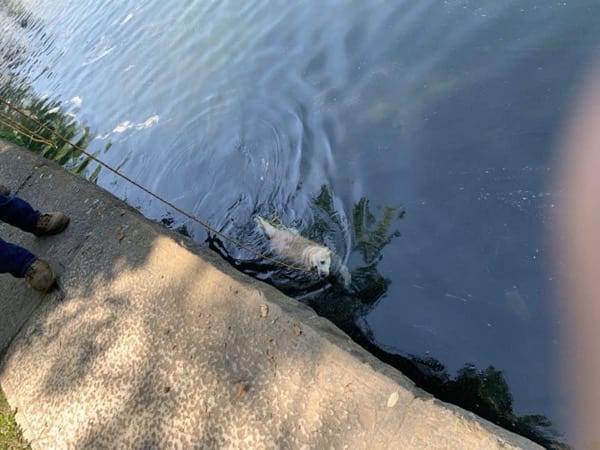 At just after 2:30 p.m., emergency personnel responded to the Loch Raven Reservoir area for a report of a trapped dog.

At the scene, units found a golden retriever, Jackson, trapped in the tunnel system by the dam.

Crews used a water rescue rope to lasso the dog and guide him the the shoreline where he was reunited with his family.

Loch Raven Drive was temporarily shut down during the rescue operation.