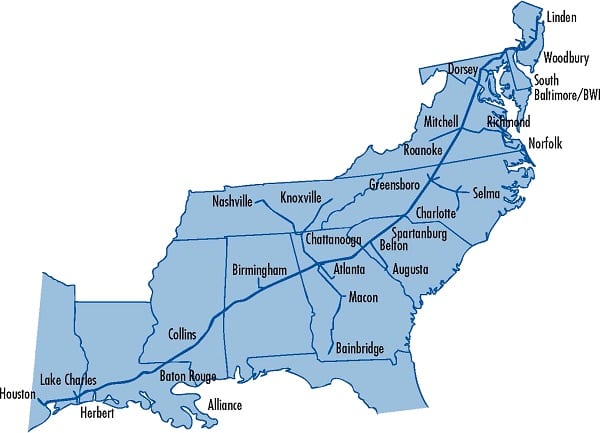 
UPDATE: Some gas stations in southern Maryland and a few stations in the Pikesville area of Baltimore County are now out of gas.

The EPA said it was waiving volatility requirements governing gasoline in Maryland, Virginia, Pennsylvania and Washington, D.C., through May 18, according to Fortune. The move could help bring more fuel to the area that is normally well supplied by the Colonial Pipeline system, a major U.S. artery for gasoline, diesel and jet fuel.

“I have determined that an ‘extreme and unusual fuel supply circumstance’ exists that will prevent the distribution of an adequate supply of compliant gasoline to consumers,” EPA Administrator Michael Regan said in a letter to Governor Larry Hogan describing the move.

The FBI on Monday confirmed that the Darkside ransomware is responsible for the compromise of the Colonial Pipeline networks. The agency continues to work with the company and government partners on the investigation.

“We are monitoring supply shortages in parts of the Southeast and are evaluating every action the administration can take to mitigate the impact as much as possible,” White House Press Secretary Jen Psaki said in a statement on Monday. “The president has directed agencies across the federal government to bring their resources to bear to help alleviate shortages where they may occur.”

The full EPA letter can be viewed below.