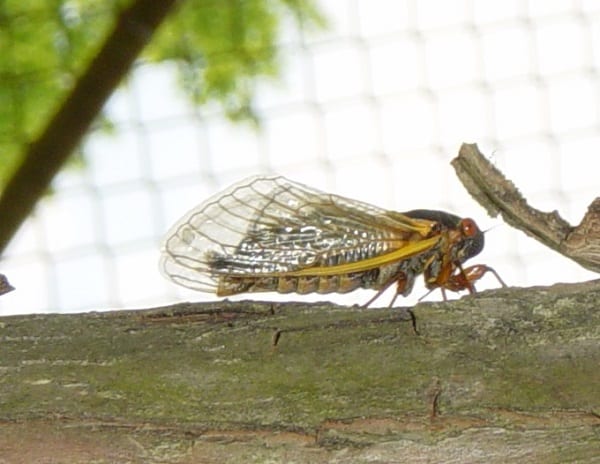 ANNAPOLIS, MD—Governor Larry Hogan on Friday issued a proclamation declaring May and June 2021 as Maryland Magicicada Months to recognize the return of the 17-year periodical cicada and to generate public awareness about these fascinating insects. Brood X periodical cicadas are only found in the eastern United States and emerge once every 17 years. In Maryland, they will begin to emerge in early May and will die off by the end of June.

“I encourage all Marylanders to take advantage of this opportunity to learn about these remarkable, harmless creatures,” said Governor Hogan. “For a few short weeks this spring, many across the state will have a front-row seat to witness a natural phenomenon that happens nowhere else on the planet.”

The Brood X cicada emergence is the largest of all broods, with possibly many billions emerging at the same time. Numbers will vary from place to place. Based on the 2004 Brood X emergence in Maryland, cicadas will likely appear in the following counties: Allegany, Anne Arundel, Baltimore, Carroll, Cecil, Frederick, eastern Garrett, Harford, Howard, Montgomery, Prince George’s, and Washington. If you live in one of these areas and are surrounded by older trees, chances are their populations will be higher.

Brood X periodical cicadas made their last appearance in spring 2004. Since then, cicada nymphs have been living underground, a few feet below the surface, feeding on sap from tree roots for the past 17 years. Now in spring 2021, Brood X adults are preparing to emerge when soil temperatures reach approximately 64 degrees Fahrenheit.

Once above ground, these insects live for just a few weeks. During this short adult lifespan, they shed their nymphal exoskeletons, grow wings, fly, sing, mate, lay eggs in trees, and then die. In late July to early August, their eggs hatch. The tiny white nymphs will fall from trees and immediately begin to burrow underground where they will live until 2038.

Cicadas do not chew, bite, or sting, so they are not a threat to humans, pets, animals, or most plants. If your pet or animal consumes a few cicadas, they should be fine, though over-indulging may upset their stomach.

For those living in areas with Brood X populations, here is what to expect during their life cycle:


To prepare, find out if your area is expected to see Brood X cicadas. Do not use pesticides or insecticides to try to kill them—doing so will not be helpful in controlling populations and only poses a threat of harming other helpful, beneficial insects. The best way to dispose of them is by adding their carcasses to a compost pile. For more information and additional resources, visit the Maryland Department of Agriculture’s cicada webpage.