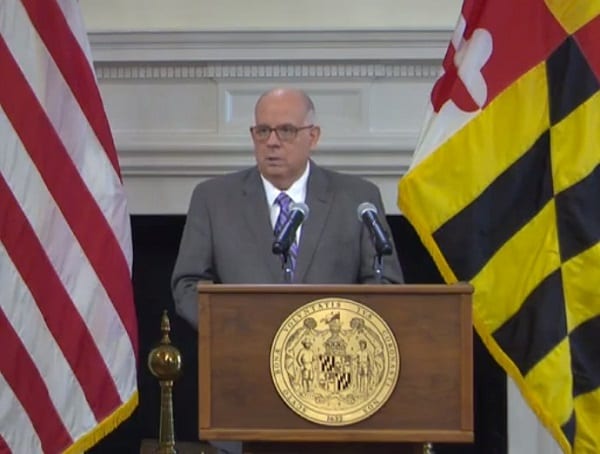 ANNAPOLIS, MD—Governor Larry Hogan on Friday announced the formation of a statewide work group charged with developing strategies, recommendations, and actions to address the rise in violence and discrimination targeting the Asian American community. He has named former U.S. Attorney for the District of Maryland Robert K. Hur to chair the workgroup and spearhead this effort.

“This workgroup, one of the first of its kind in the country, will be composed of a wide ranging group of experts and advocates across various disciplines who will be tasked with developing recommendations, strategies, and additional actions that can be taken to address this rise in anti-Asian activity, to prevent acts of violence, and to support victims and witnesses,” said Governor Hogan. “Rob Hur is a strong advocate for justice and for the Asian American community. I want to thank him for all his many years of service to the State of Maryland and to the nation, and we very much appreciate his willingness to share his significant expertise, knowledge, and leadership by spearheading this important effort.”

“As an Asian American, I’m grateful to Governor Hogan and the First Lady for focusing attention on the important issues of bias and violence against members of Asian American communities in our nation, and I’m thankful for the opportunity to be part of the solution,” said Hur. “Conversations about subjects like race and racism can be extraordinarily awkward and difficult. But awkward and difficult and honest conversations are the only way to solve big and painful problems in our society.”

Made up of experts across various disciplines, this advisory group will engage in a robust analysis and discussion process and will issue recommendations for concrete operational measures that the Hogan administration can enact. Areas of assessment may include but are not limited to: law enforcement strategies, prosecutorial strategies, witness outreach and protection, victims’ services, business community engagement, and advocacy community engagement. Policymaking areas of emphasis may include but are not limited to: executive action, regulatory action, and legislative action.


As chair, Hur will oversee the selection of members of the workgroup in conjunction with the governor’s office and relevant stakeholders. Additional members will be announced in the coming weeks.

In addition, Governor Hogan penned an op-ed for The Atlantic with Dr. Lanhee J. Chen of the Hoover Institution, and First Lady Yumi Hogan has written a testimonial about her own experiences for CNN.