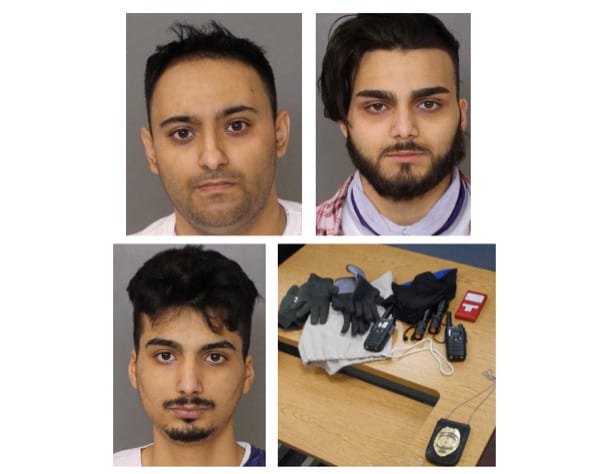 BALTIMORE COUNTY, MD—Police in Baltimore County on Friday evening announced that they had busted a burglary ring that recently targeted several senior citizens in the community.

Detectives say they arrested the suspects at a local hotel.

In these cases, the suspects would knock on victim’s doors and identify themselves as utility workers. The suspects displayed badges and ID’s and asked to check the victim’s circuit breakers.

While the first suspect distracted the victim at the circuit breaker, a second suspect would enter the house and steal property. The suspects communicated with each other using two-way radios.

Detectives spotted the suspects’ vehicles, a gray Toyota Tundra and a gray Ford F-150, on Thursday morning parked at an area hotel. The vehicles and tags matched descriptions provided in multiple cases in and out of state.