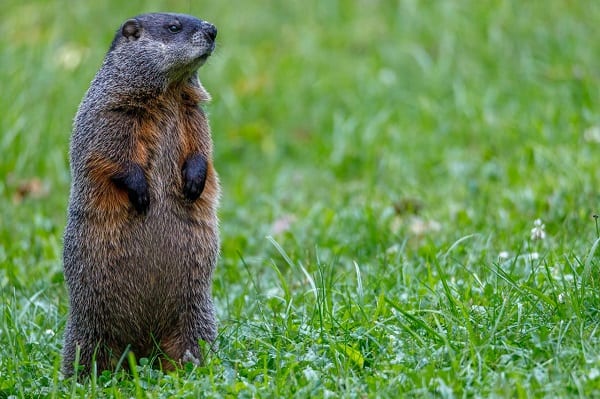 Posted on February 2, 2021 by Chris Montcalmo

PUNXSUTAWNEY, PA—It’s official.  At 7:25 a.m. ET on Tuesday morning, Punxsutawney Phil emerged from his burrow and predicted that there would be six more weeks of winter.

At one point, the Goundhog Day 2021 livestream from Punxsutawney, PA had 15,000 live, simultaneous viewers.

The popular Groundhog Day tradition, which is celebrated in the United States and in Canada, derives from the Pennsylvania Dutch superstition that if a groundhog emerging from its burrow on this day sees its shadow due to clear weather, it will retreat to its den and winter will persist for six more weeks; but if it does not see its shadow because of cloudiness, spring will arrive early.

In its 135-year history, Phil has predicted winter 106 times and spring 20 times, according to the Associated Press. Ten years were lost because no records were kept.

Below is Tuesday’s full proclamation from the Punxsutawney Groundhog Club:

Now this second day of February, two thousand and twenty-one, the one hundred and thirty fifth annual trek of the Punxsutawney Groundhog Club…

Punxsutawney Phil, the Seer of Seers, the Prognosticator of all Prognosticators, was awakened from his borrow at 7:25 am by his handler and friend, on this quite morning where few can attend.

In Groundhogese, Phil directed the President and the Inner Circle to his prediction scroll that reads.


It is a beautiful morning this I can see,
With all my fans viewing virtually.
With my faithful followers being safe and secure,
Our tradition of Groundhog Day must endure.
We all have passed through the darkness of night,
But now see hope of morning’s bright light.
When I turn to see, there is a perfect shadow cast of me.
Six more weeks of winter there will be!