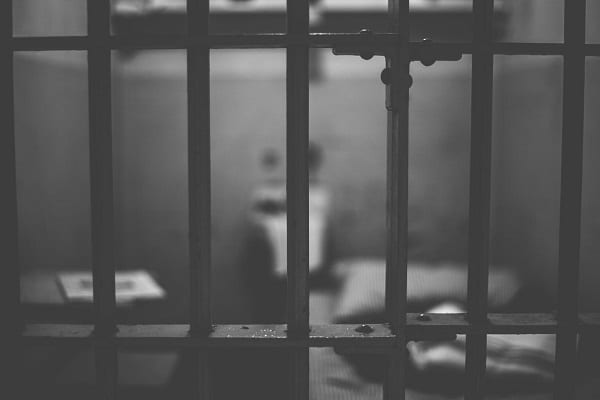 
NOTTINGHAM, MD—A former Baltimore Police Department officer who was part of the Gun Trace Task Force was sentenced to prison on Tuesday.

A U.S. District Judge sentenced Victor Rivera, 48, of Nottingham, to 14 months in federal prison, followed by two years of supervised release, for making false statements to a federal law enforcement officer in connection with a scheme to sell three kilograms of cocaine seized during a Baltimore Police Department investigation.  Rivera had pleaded guilty to the charges back in August.

The sentence was announced by United States Attorney for the District of Maryland Robert K. Hur and Special Agent in Charge Jennifer C. Boone of the Federal Bureau of Investigation, Baltimore Field Office.

According to his plea agreement, prior to February 19, 2009, W.J. and C.J. told Rivera they had received information from a confidential informant about a large-scale narcotics trafficker operating out of a residence on the 1400 block of Ellamont Street in Baltimore. On February 19, 2009, Rivera, Louvado, and other members of the squad were conducting surveillance at the residence of the alleged narcotics trafficker, T.M. Rivera and another member of his squad, W.K., followed a car from that residence to a nearby school where Rivera saw the driver throw something into a trash container. Once the driver left, Rivera and W.K. recovered the trash and found it to be empty kilogram drug wrappers. During this time other officers claimed to have followed a second individual who left the residence and threw trash from the car window, which was found to contain cocaine residue. Rivera and other officers remained at the house until W.J. and C.J. obtained a search warrant from a Baltimore City District Court judge.

As detailed in his plea agreement, Rivera ultimately participated in the search of the residence. While no drugs were found in the house, officers found car keys, including a key that had the ability to activate an alarm in a vehicle remotely. A BPD officer activated the alarm and officers heard the alarm sound in a pickup truck that was parked nearby. Louvado and other officers went to the pickup, where they found a significant quantity of cocaine under an opaque cover that was over the back of the pickup truck. Rivera learned that drugs were found in the truck. Louvado and other officers waited with the cocaine until a SWAT team arrived to provide protection during the transportation of the cocaine to BPD headquarters because it was such a large quantity. In order to transport the cocaine from the scene to BPD headquarters, it was loaded into a BPD surveillance van driven by K.G. After the cocaine was loaded into the surveillance van, Louvado and other officers followed the SWAT team to BPD headquarters to maintain chain-of-custody over the cocaine. Forty-one kilograms of cocaine were turned in to the BPD’s Evidence Control Unit on February 20, 2009. Later that day, a criminal complaint was filed in the United States District Court for the District of Maryland charging T.M. with possessing with intent to distribute five or more kilograms of cocaine.

Rivera, Louvado, and K.G., later discovered three additional kilograms of cocaine in the surveillance van that had been used to transport the cocaine to BPD. These kilograms of cocaine had come from the seizure from T.M.’s pickup truck on February 19 and 20, 2009, but had not been turned in to the BPD on February 20, 2009. Rather than turn this cocaine in to BPD, Rivera, Louvado, and K.G. agreed to sell the cocaine and split the proceeds from its sale.

On March 1, 2017, seven members of the BPD’s Gun Trace Task Force were arrested on federal racketeering charges, including W.J. Following the filing of charges, the FBI continued to investigate misconduct by members of the BPD. On November 1, 2019, Rivera agreed to participate in a voluntary interview with FBI task force officers (“TFOs”). Rivera was told it was a crime to lie to the FBI TFOs interviewing him and he acknowledged he understood. In that interview, Rivera made a number of false statements and material omissions. An example being, the FBI TFO asking, “Did you ever hear of anybody taking any drugs or any money or anything like that from the incident?” to which Rivera replied, “No sir. No.”