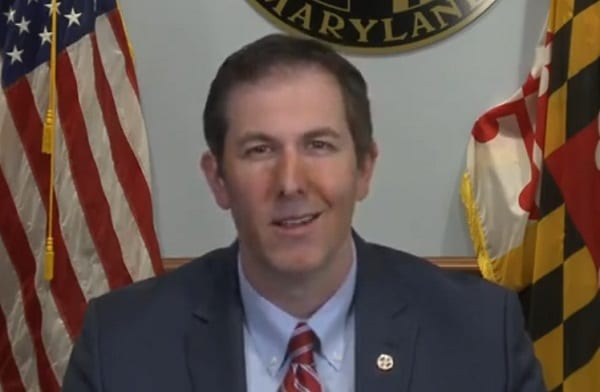 The continued push for education funding will be part of a robust agenda that also includes policies to protect the environment, replicate Baltimore County’s police reform model, and increase accountability in the Baltimore County Public School system.

“We need to secure the critical investments in our schools, our neighborhoods, and our communities,” Olszewski said. “Our agenda this year is focused on expanding upon the progress we’ve already made to provide every student with the education they deserve, make our government more accountable to the people we serve, create more sustainable communities for future generations, and strengthen our communities to build a better Baltimore County for all.”

Investing in Educators and Students
Governor Hogan’s veto of The Blueprint for Maryland’s Future legislation has delayed an opportunity for Maryland to implement policies to transform the state’s education system, according to Olszewski.

In his first two years in office, Olszewski has provided back-to-back years of record funding for public education. Recognizing that Maryland’s students cannot wait any longer, he continues to support the override of the Governor’s veto.

Baltimore County has funded $242 million in shovel-ready school construction projects. These projects cannot move forward without the state’s overdue investment. Baltimore County supports the override of the Governor’s veto to help build modern schools and improve the lives of students.

Protecting Those Who Serve
Current statutes offer insufficient protection for public safety personnel and work crews. More than 3,500 were injured, and 46 people were killed in work zone crashes across Maryland from 2014-2018. Baltimore County supports protecting those who serve us from dangerous drivers on our roadways.