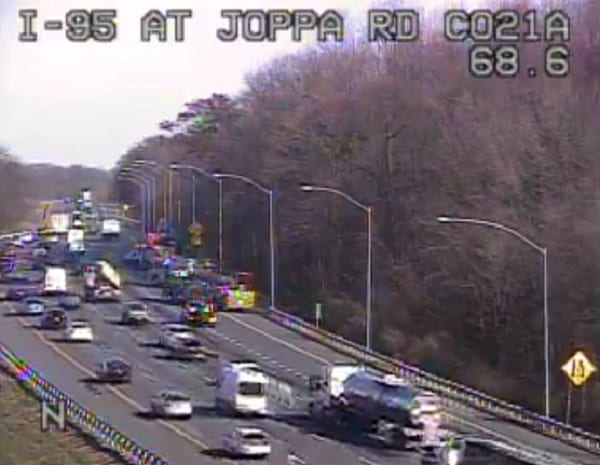 UPDATE: One person sustained a serious head injury after going through the windshield.  Reports indicate that the patient was not wearing a seat belt.

WHITE MARSH, MD—Crews are on the scene of a Thursday morning crash on Interstate 95 in White Marsh.

The crash was reported at around 11:45 a.m. along northbound I-95 just past the White Marsh Boulevard exit.

The White Marsh Volunteer Fire Company reports that two engines and a medic unit have responded to the scene.