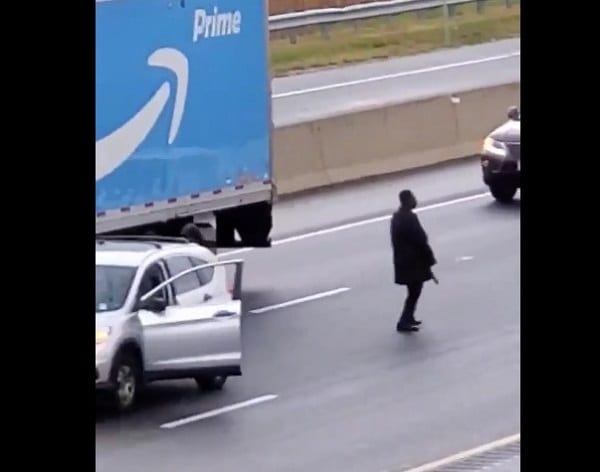 NOTTINGHAM, MD—A man got out of his car and began dancing on Interstate 95 over the weekend…because, 2020.

The incident occurred on Saturday afternoon along southbound I-95 in Harford County.

In the video below, which was filmed by a Carney resident and shared publicly to Facebook, the man, who has not been identified, can be seen getting out of his vehicle and dancing on the highway.

Vehicles begin to slow down as they go past the man, and he bangs on the hood of several passing cars.

Eventually, police arrive on the scene and the man is peacefully taken into custody as a massive backup is seen in the background.