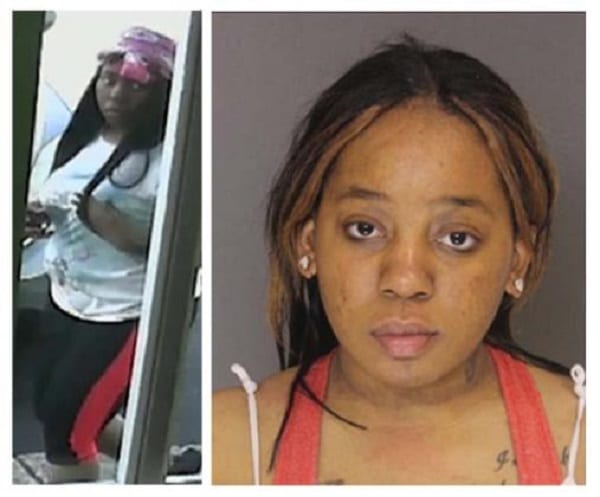 Posted on September 16, 2020 by Chris Montcalmo

BALTIMORE, MD—Police in Baltimore County are still searching for the suspect involved in Tuesday’s police-involved shooting in Baltimore City.

Tiara Kianna Baker, 22, from the 200-block of N. Kenwood Avenue (21224), is facing multiple charges from Anne Arundel County, Baltimore City, and Baltimore County all related to theft, robbery, and assaults. Charges are pending in Baltimore City based on Tuesday’s events.

On September 15, detectives were investigating a series of thefts and robberies that involved Baltimore County and surrounding jurisdictions. As they were conducting surveillance in Baltimore City, the suspect was seen walking out of a hotel and getting into a Honda Accord.

The detectives attempted to prevent the car from leaving and arrest suspect Baker. At that point she rammed the Honda into the back of a police vehicle then drove towards a detective. The detective fired his weapon striking the front windshield.

Evidence recovered inside the vehicle leads detectives to believe Baker may be in need of medical attention.

The detective involved has been identified as Baltimore County Detective Z. Brocato #5439, a 12-year veteran assigned to the Criminal Investigation Bureau. He has been placed on routine administrative leave per policy.

Detectives are asking anyone with information on Tiara Baker to contact police at 410-307-2020.  A reward may be offered for tips submitted to Metro Crime Stoppers at 1-866-7LOCKUP.