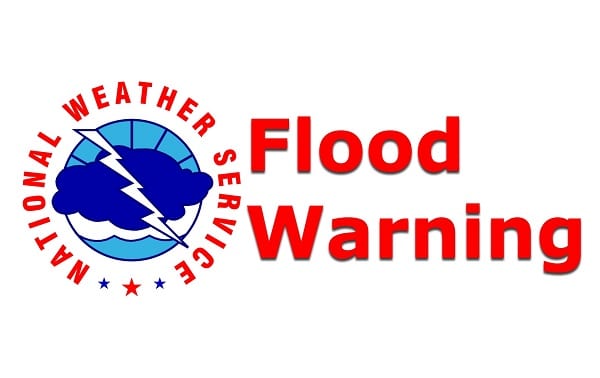 The warning will remain in effect until 11 p.m. EDT on Friday.

At just before 7 p.m. EDT, Doppler radar indicated thunderstorms producing heavy rain which will cause flooding. Up to one inch of rain has already fallen. Additional rainfall amounts of one inch are possible.

Storms possible on Monday as weak cold front passes through