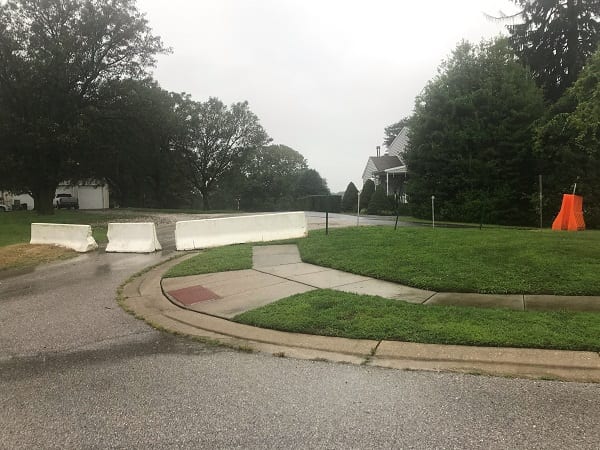 The barriers, which have been in place for more than a decade, have often been criticized for being ugly and distasteful in the community.

“The Baltimore County Department of Public Works is evaluating several options for this road, including either a guardrail or a gate,” said Councilman David Marks. “Since there is no imminent plan to develop the adjacent property, it is expected that the road will remain closed.”

“I would like to thank Councilman Marks for working on this issue,” said local resident Brad Willick, who has been pushing for a change for many years.