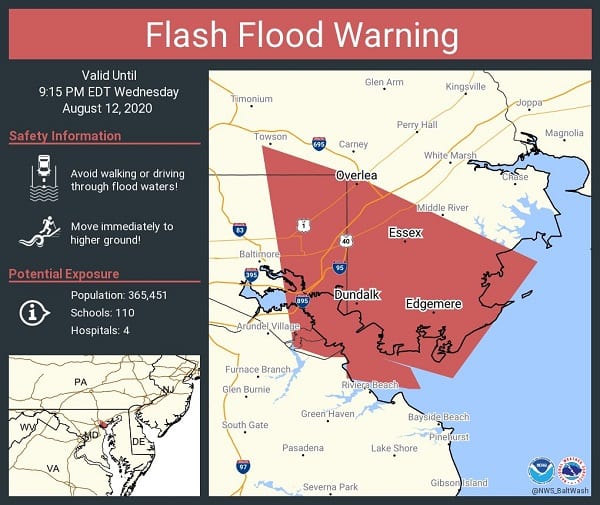 The warning will remain in effect until 9:15 p.m. on Wednesday.

At just before 6:15 p.m., Doppler radar indicated thunderstorms producing heavy rain across the area. Up to one inch of rain has already fallen. Rain of one to two inches is expected in the next hour. Flash flooding is ongoing or expected to begin shortly.