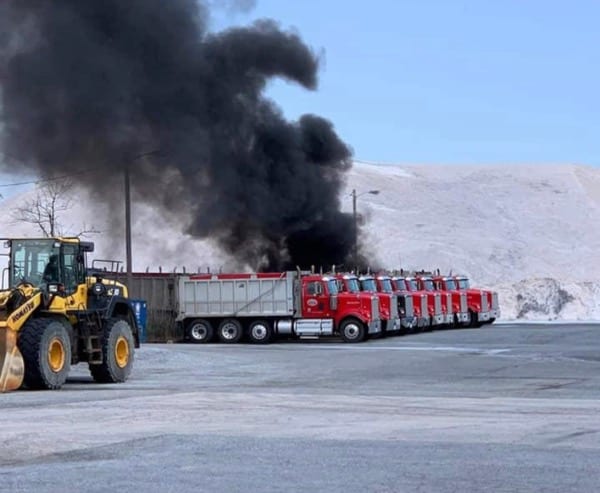 At the scene, units from White Marsh Volunteer Fire Company found a dump truck that was engulfed in flames.

Crews were able to bring the fire under control.