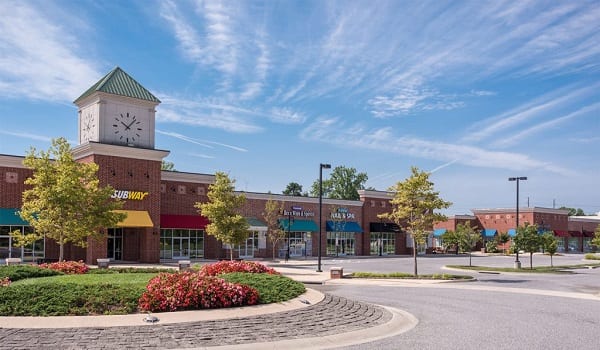 Founded more than 40 years ago in 1978, principal Adam Greenberg presently operates Potomac Pizza locations in Chevy Chase, College Park, Potomac and Rockville, two Bagels ‘n Grinds bagel/coffee shops, and sit-down restaurant College Park Grill. This new concept, located at 750 Concourse Drive, will specialize in the preparation of “New York-style” pizza in addition to a variety of other food options such as submarine sandwiches.

The “New York-style” pizza is available in 13 different varieties including guilt-free (no cheese); white pizza (topped with fontina cheese) and the Amanda’s original cheese pizza (recognized as the restaurant’s classic recipe). Other menu items include sandwiches, wraps and club sandwiches; chicken tenders; calzones; salads; Buffalo wings and specialty cheese fries. The restaurant includes an outdoor patio area as well as an inside bar section.

According to Adam Greenberg, Potomac Pizza Grill will operate under modified COVID-19 conditions at the outset of its opening, with plans including counter service. The restaurant intends to revert to its intended wait-staff model when circumstances allow in the future. Contact-free pick-up, curbside pick-up and the free delivery of food orders to the immediate vicinity will be also available immediately.

“Our distinctive New York-style pizza represents a new food offering in the greater White Marsh-Middle River section of Baltimore County, and we are extremely confident that area residents and businesspeople will embrace the unique texture and flavor profile,” explained Adam Greenberg. “We consider Greenleigh at Crossroads to be among the fastest growing communities throughout Baltimore County, and we selected this location based on its built-in captured audience of residential homes and commercial office space. The addition of the word ‘grill’ to our restaurant name reflects our intentions to operate quite differently than a traditional pizza shop with a wider variety of food items, including a bar.”

More than 27,000 vehicles pass Concourse Circle on a daily basis, which offers direct visibility from Route 43 (White Marsh Boulevard). In addition, nearly 40,000 people reside within a three-mile radius of the site with an average household income topping $88,000.

“Despite challenging conditions over the past several months, Adam and his team persevered to open this new restaurant and we expect them to be rewarded by its widespread acceptance from the surrounding local community,” explained Bill Holzman, Vice President, Retail Leasing for St. John Properties. “Adam brings an impressive restaurant background to this new venture and has consistently demonstrated the ability to tap new markets and successfully build loyal customer followings. The pizza category remains highly popular and we expect Potomac Pizza Grille to perform exceptionally well.”

St. John Properties, Inc., founded in 1971, owns and has developed more than 20 million square feet of Flex/R&D, Office, Retail and Warehouse space in Maryland, Colorado, Louisiana, Nevada, Pennsylvania, Virginia, Utah and Wisconsin. The company was named “2018 Developer of the Year” for the Nation by NAIOP, the Commercial Real Estate Development Association.