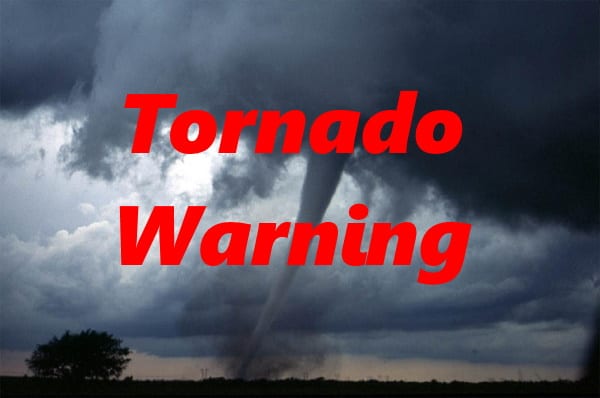 UPDATE: The Tornado Warning has been cancelled, however a Tornado Watch remains in effect until noon.

The Tornado Warning will be in effect until 10 a.m. and affects White Marsh, Nottingham, Middle River, Bowleys Quarters, and Essex.

The Flash Flood Warning affect Carney, Perry Hall, Nottingham, and White Marsh and will be in effect until 1 p.m.

At 9:30 a.m., a severe thunderstorm capable of producing a tornado was located near Middle River, moving southwest at 20 mph.

For those in the direct path of a tornado touchdown, flying debris will be dangerous to those caught without shelter. Damage to roofs, siding, and windows may occur. Mobile homes may be damaged or destroyed. Tree damage is likely.

Heavy rainfall may hide this tornado. Do not wait to see or hear the tornado. TAKE COVER NOW!

At 9 a.m., Doppler radar indicated thunderstorms producing heavy rain across the area. Up to two inches of rain have already fallen. Rain of one to two inches is expected within the next hour. Flash flooding is ongoing or expected to begin shortly.

Motorists are urged to turn around, don’t drown when encountering flooded roads. Most flood deaths occur in vehicles. Route 7 closed in Nottingham due to high water