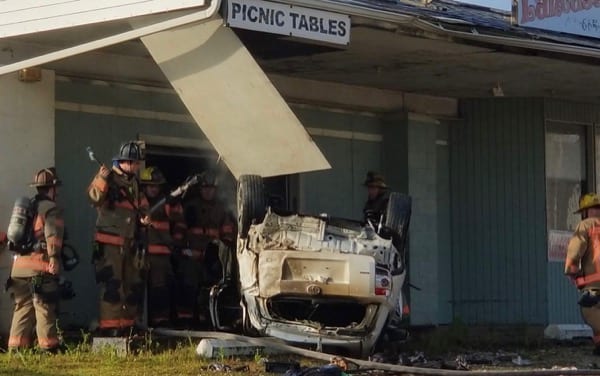 UPDATE 2: After striking several objects at the gas station, the car careened out of control and overturned in front of Little Lancaster. One person was taken to a trauma center with serious injuries, according to the White Marsh Volunteer Fire Company.

UPDATE: Reports indicate that a vehicle crashed into the Shell has station at Belair Road & Forge Road and subsequently burst into flames.  There has been no word on any injuries.

PERRY HALL, MD—Crews are on the scene of a Monday morning crash in Perry Hall.


The crash was reported at around 7:45 a.m. on Belair Road between Honeygo Boulevard and Chapel Road.

The Maryland State Highway Administration reports that Route 1 is closed in both directions between Honeygo Boulevard and Chapel Road due to the crash and vehicle fire.