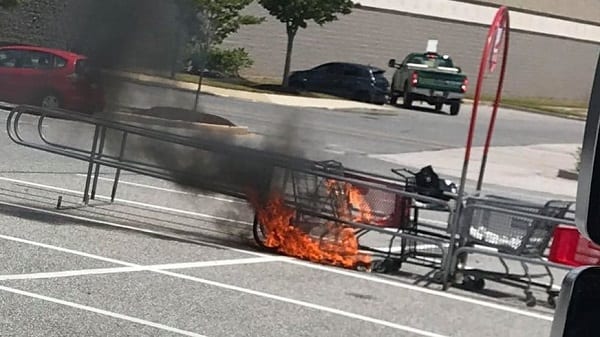 WHITE MARSH, MD—Crews responded to a fire in a White Marsh parking lot on Wednesday afternoon.

At around 12:30 p.m., units from White Marsh Volunteer Fire Company responded to the parking lot in between Target and Dick’s on Campbell Boulevard.

The flames were quickly doused.

There has been no word on what caused the fire.