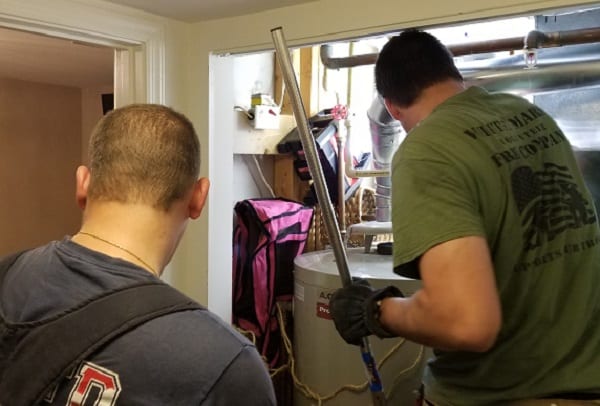 PERRY HALL, MD—The heroic crew at White Marsh Volunteer Fire Company pulled off another good deed this week by rescuing a trapped cat, and no, it wasn’t on Hiss Avenue.

One of their members who lives in Honeygo Village saw an online post seeking tips on and advice on how to rescue their cat that had been stuck behind a water heater and HVAC unit for more than 24 hours.

The volunteer went over to the house and attempted, unsuccessfully, to use a fishing net to rescue the entrapped feline.  After about 20 minutes, the volunteer called for backup.

An engine and crew arrived and tried several other methods before finally disconnecting an HVAC duct in a crawl space, which allowed the cat just enough room to escape.

The HVAC duct was reconnected and taped back up.

Total time needed to rescue and clear the scene was approximately one hour.