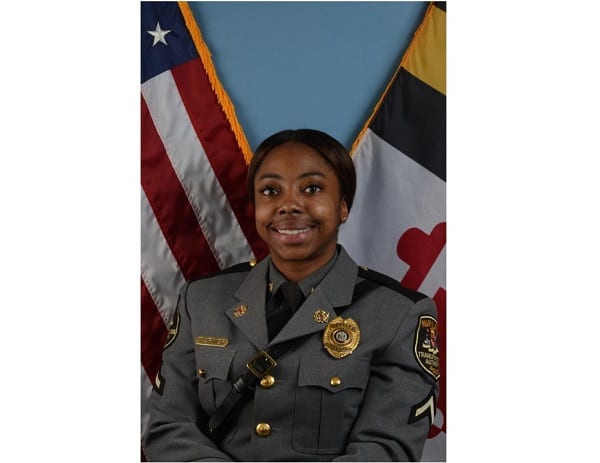 
BALTIMORE, MD—MDTA Police Chief Colonel Kevin M. Anderson honored sworn and civilian members of the MDTA Police who distinguished themselves in 2019, during a series of small presentations at MDTA Police Headquarters on Tuesday.

“It was truly rewarding for me to be a part of recognizing the amazing accomplishments of our team,” Colonel Anderson said. “Our team saved lives, removed impaired drivers, seized illegal firearms and drugs, assisted those in need and provided selfless service to the community. All of these efforts demonstrate the professional organization that we are and that we strive to be each day.”

Baltimore County resident and six-year member of the force, Officer Ayanna Turner, was named the 2019 MDTA Police Officer of the Year. Assigned to the Port of Baltimore Detachment, Officer Turner was honored for her traffic safety and criminal enforcement efforts and support of community events in the Baltimore area.

Officer Turner was also recognized for her leadership role as an assistant instructor at the MDTA Police Training Academy.

In addition to naming the 2019 Officer of the Year, the MDTA Police honored more than 60 officers and civilians with Lifesaving Awards, Awards of Excellence, TOP DUI Enforcement Awards, Chief’s Commendations and other awards.