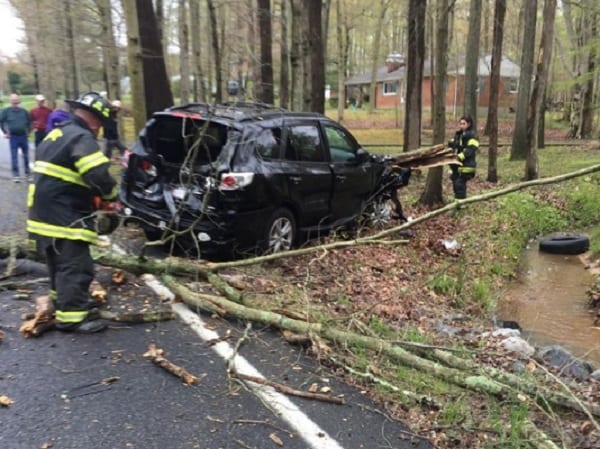 JOPPA, MD—Crews are on the scene of two separate Friday afternoon crashes in the Joppa area.

Both crashes were reported at just before 2 p.m.

The first crash was reported in the 1700-block of Singer Road, according to the Joppa-Magnolia Volunteer Fire Company.

The second crash occurred at the intersection of Singer Road and Mountain Road.

Singer Road has been shut down in both directions.