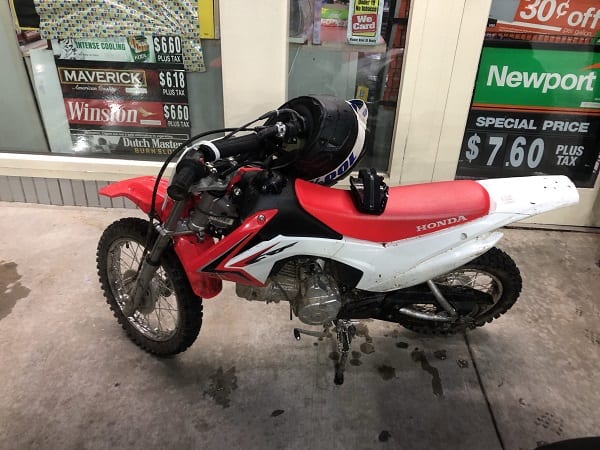 EDGEWOOD, MD—Maryland State Police recently recovered a stolen motorcycle in Harford County, providing investigators with a lead into an ongoing investigation into the burglary of a motorcycle shop in Frederick County.

Troopers arrested a 19-year-old man on Wednesday on theft charges in connection with the possession of the motorcycle.

According to a preliminary investigation, authorities conducted a traffic stop at about 7:45 p.m. on Wednesday in the 1700-block of Pulaski Highway in Edgewood. A check of the motorcycle’s vehicle identification number indicated that it had been stolen last year. Investigators believe that the person who was caught with the motorcycle had recently obtained it in a trade for another motorcycle and was not involved in the initial theft, but can still be charged with possession of stolen property.

Detectives have determined that the motorcycle that was recovered at the traffic stop was one of eight motorcycles that were stolen on September 19, 2019 from Dutrow’s Honda Sales and Service in Frederick. This was the first of the vehicles to be recovered. The motorcycles stolen were similar to the one pictured and were valued at more than $2,200 each.


Anyone with information on the thefts, or who may know the location of the other stolen motorcycles, is asked to contact the Maryland State Police at 410-953-8200.