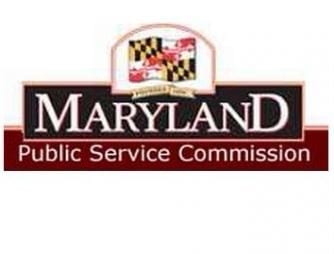 The information will assist customers shopping for an energy supplier to make informed decisions regarding the selection of a supplier or to follow up on a contact made by a supplier agent. Maryland utility customers have the option of buying their energy commodity from companies other than their local utility (e.g., BGE, Pepco, Washington Gas, etc.).

While the Commission does not regulate the prices competitive suppliers charge, it does license them and oversees their behavior in the energy marketplace to ensure compliance with the Commission’s regulations and consumer protections.

This information, to be posted in a quarterly report at: https://www.psc.state.md.us/retail-energy-supplier-complaint-reports/, will include raw data regarding retail energy suppliers that receive three or more complaints in a given month. The data will also contain monthly and cumulative totals of complaints received during the fiscal year, the issues alleged in the complaints, and how complaints have been resolved.

“Maryland’s competitive energy marketplace empowers customers to choose a supplier that best meets their energy needs, but we are increasingly concerned about those suppliers who don’t play by the rules,” said Jason M. Stanek, Commission Chairman. “We believe that posting complaint numbers, similar to what is done in other states such as New York, will hold suppliers accountable and provide greater transparency to the public, consumer advocates, and legislators. While these numbers don’t tell the whole story of customers’ experiences with a supplier, it’s one more piece of information that consumers can consider when shopping for an energy supplier,” Chairman Stanek said.


In recent months, the Commission has increased its enforcement and oversight of retail energy suppliers, including taking action against a natural gas supplier (SmartOne Energy) for enrolling customers without their consent—a practice known as ‘slamming.’ The Commission revoked SmartOne’s license to do business in Maryland and levied a record $561,000 civil penalty.

Customers shopping for electricity supply can review these Frequently Asked Questions on the Commission’s website which may help in the decision-making process: https://www.psc.state.md.us/electricchoice/frequently-asked-questions/

Consumers with complaints involving energy suppliers can file them by visiting this link on the Commission’s website: https://pscwebapp2.psc.state.md.us/newIntranet/capa/ComplaintNotes_new.cfm