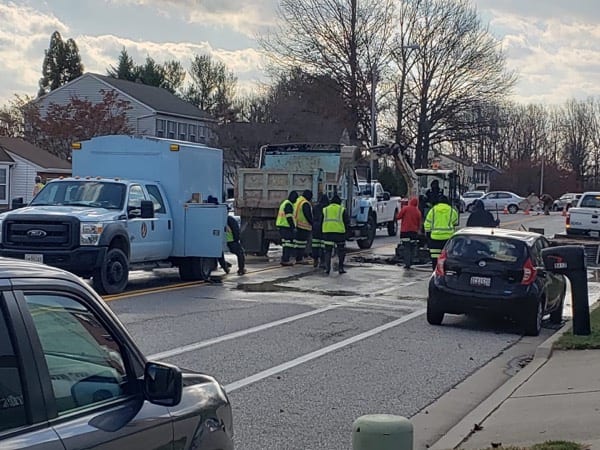 The break was reported at the intersection of Seven Courts Drive and Chesthill Court.

Department of Public Works crews are currently on the scene and making repairs.

Residents should expect some water loss over the next few hours, per Councilman David Marks.