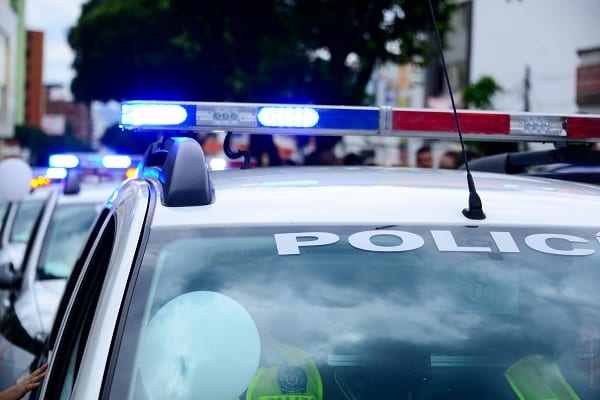 
NOTTINGHAM, MD—Police are investigating a series of robberies and assaults that were reported in eastern Baltimore County over the past week.

At 10:20 p.m. on Saturday, November 2, two individuals assaulted the victim in the area of Eastern Boulevard at Wilson Point Road in Middle River (21220) while they were in the victim’s friend’s car. The suspects stole cash, and left the victim at the location.

At 10:40 p.m. on Saturday, a known individual approached and assaulted the victim while they were approaching their home in the 1100-block of Punjab Drive in Essex (21221). The victim was punched in the head and robbed of the keys to their car and home. The suspect later returned to the location and was arrested.

At 11:10 p.m. on Saturday, the victim was making a food delivery in the 100-block of Bladen Road in Essex (21221) when an individual pointed a handgun and demanded food and money from the driver. The suspect then fled the location with cash and food.

At just after 4:30 p.m. on Monday, November 4, a known individual threatened to burn down the victim’s house after an altercation in the 500-block of Theresa Avenue in Essex (21221). The suspect displayed a handgun and threatened to kill the suspect, but fled the scene afterward.

At just before 7:30 p.m. on Monday, an unknown individual struck the victim in the head while standing at a bus stop in the area of Old Eastern Avenue at Stemmers Run Road in Essex (21221). The suspect then grabbed the victim’s bag from their hand and ran across the street.

At just before 4:30 p.m. on Wednesday, November 6, three suspects attempted to rob an individual at gunpoint in the 900-block of Sandalwood Road in Essex (21221), but the victim fled. The suspects chased and physically assaulted the victim but then fled when other witnesses interrupted the assault.