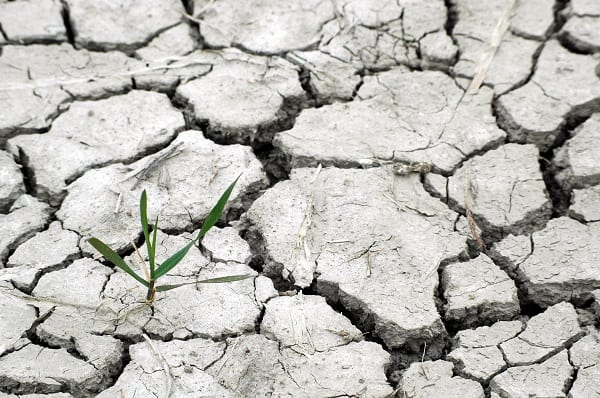 NOTTINGHAM, MD—A significant lack of recent rain and unusual heat during the month of September has led to the development of drought conditions across a large portion of the state.

The National Weather Service says that the short-term dryness and heat quickly overcame the long-term record wetness Maryland experienced between April 2018 and the early summer of 2019. Although the heat has ended, significant rain has not yet developed, so drought conditions persist.

“Moderate Drought” (D1) is indicated across all of Anne Arundel, Baltimore, and Harford Counties in Maryland, as well as Baltimore City; and portions of the following counties in Maryland: Carroll, Howard, Montgomery, Prince George’s, Saint Mary’s, Charles, and Calvert. Abnormally Dry (D0) conditions are indicated everywhere else in the Baltimore/Washington Hydrologic Service Area except for a small portion of Warren County, Virginia.

Many locations throughout the region have seen above normal temperatures in every month this year since April. Most areas saw less than an inch of rain in the month of September and, in some places, that all fell at once. In most places, much of the precipitation fell on the last day of the month. During the first six days of October, most locations were rain-free, but some rain did move through on October 7th.

NWS officials say that impacts have been quickly building as a result of the heat and dry conditions. The earliest impact was to lawns and gardens, which browned and growing has ceased. Soil moisture has also taken a substantial hit. Analysis from multiple sensors indicates a severe soil moisture deficit, with rankings below the 10th percentile for this time of year especially in the D.C. metro area and southern Maryland.


Agricultural interests are reporting drought-related stresses on pastures and hayfields, as well as crop stress to soybeans and other late-planted grains. Other crops such as corn and apples are reported to be faring well, with some crops actually better than last year since last year was so wet.

Streamflows, which had been running seasonably high much of the summer thanks to the long period of heavy rain, are also now responding to the dry conditions. Many locations are now below normal — and normal in September and October is usually the lowest point of the year.

Groundwater — usually the last thing to respond both going into a drought and coming out of a drought — is living up to that reputation. Shallower aquifers have turned below normal quickly over the past few weeks; but deeper groundwater storage is still at or above what is typical for this time of year.

Unfortunately, substantial relief to the drought conditions is not expected in the next ten days. Although the unseasonably hot conditions have ended, little or no rainfall is expected through mid-October.

There are some hints at a longer range return to at least more normal precipitation, and the Climate Prediction Center‘s outlook for the rest of the calendar year does favor above normal precipitation. Until this occurs, though, all of the existing conditions will likely continue to deteriorate.