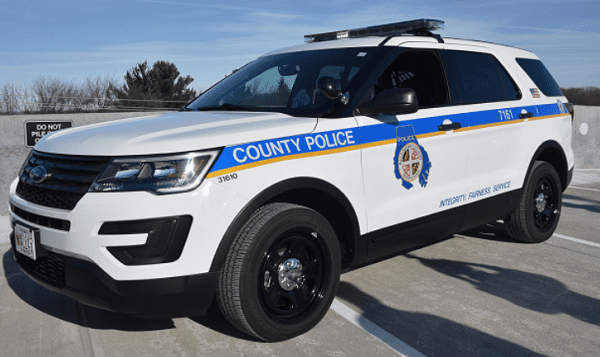 
UPDATE: The suspect in this case has been identified by police.

Police say an officer arrested a man in connection with a suspicious vehicle call at a Royal Farms store after he was seen filling tanks inside the van with fuel.

At just after 3:30 p.m. officers responded to the Royal Farms store located at 10740 Pulaski Highway near Ebenezer Road for a call of a suspicious vehicle. The caller indicated that a white van was filling two large tanks inside the cargo area with diesel fuel.

When the officer arrived on the scene, he spotted the van, bearing a Virginia registration plate, stopped at the diesel fuel pump. As the officer approached the van, it pulled away and left the parking lot.

The officer conducted an investigative traffic stop on the van, determined that the driver had committed a traffic violation, and took him into police custody.

A subsequent investigation determined that the suspect, a 30-year-old man, paid for the gas using Royal Farms gift cards, but where and how he obtained those cards remains under investigation. The suspect indicated he was given the cards by the owner of the van, a Virginia man, who asked him to fill the fuel tanks using the gift cards.

The owner of the van indicated he rented the van to the suspect with no fuel tanks inside, and denied any knowledge of the gift cards.

The Maryland Department of the Environment responded to collect the fuel and the van was seized by police.

A search warrant yielded the discovery of a total of 68 Royal Farms gift cards and a credit card inside the van.

The identity of the suspect will be released following formal charging. The incident remains under investigation at this hour.