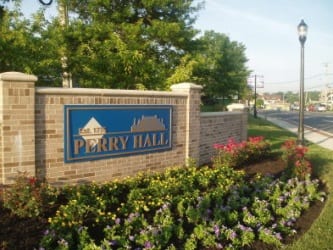 A community meeting had been held in October 2016 to discuss the project.

Baltimore County will be restoring approximately 5,000 linear feet of degraded stream and habitat from Naygall Road to India Avenue along a tributary of the Lower Gunpowder River.

Nearly all of the work will occur on county or community association property.

The goal of this effort is to reduce erosion and create areas that will retain stormwater runoff to allow more infiltration.

“Our office has actively followed the progress of this project, and we have met with residents of the condominiums behind Weis Market who are most affected by the changes,” said Councilman David Marks in 2016. “I am glad this work is finally advancing, and look forward to the completion of this project.”


The county anticipates construction to be completed by March 2020.

Adjacent areas will be replanted with native seed, shrubs, and trees.