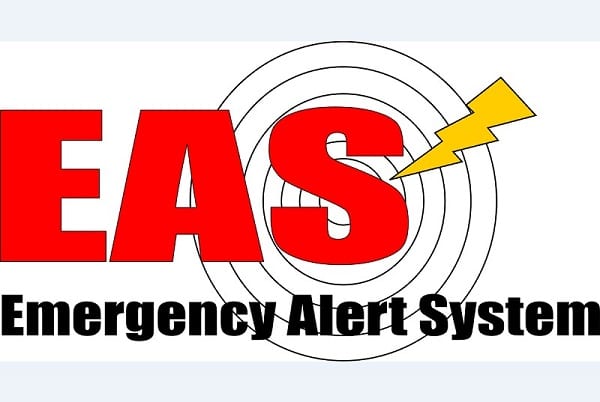 NOTTINGHAM, MD – The Federal Emergency Management Agency, along with the Federal Communications Commission, will conduct a nationwide test of the Emergency Alert System (EAS) on Wednesday, August 7th.

The nationwide test will be sent to radio and TV stations beginning at 2:20 p.m. EDT.

The test will not include a message on cell phones via Wireless Emergency Alerts.

The test is conducted through FEMA’s Integrated Public Alert and Warning System (IPAWS). This year, the test message will originate from designated radio stations, known as Primary Entry Point stations, which participate in the National Public Warning System, a component of (IPAWS).

The Baltimore County Office of Homeland Security and Emergency Management is not involved in the test.


“Part of our mission is helping to make residents aware of the test and the Emergency Alert System,” Said Division Chief Jay Ringgold, director of Baltimore County HSEM.

This year’s test will evaluate the effectiveness of national alert systems in situations where internet connectivity is not available.

The test will last about one minute and will resemble monthly EAS tests.

Tuesday’s test will have a limited impact on the public, with minor interruption of radio and television programs.

Both the audio message and text crawl should be accessible to people with disabilities.

Outer loop of I-695 to be resurfaced next week