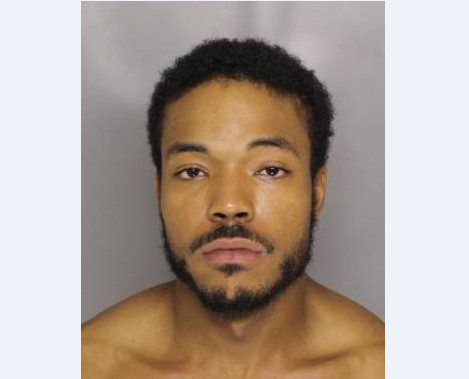 PARKVILLE, MD – Police in Baltimore County have identified and charged the suspect responsible for a July 18th homicide at the Comfort Inn on Loch Raven Boulevard.

Deonte James Griffin, 26, of the 3700-block of Eastman Road (21133), has been charged with first-degree murder, first-degree assault, and use of a firearm to commit a crime of violence.

He is being held at the Baltimore County Department of Corrections, pending a bail review at 1 p.m. on Friday.

Officers responded to the hotel located at 8801 Loch Raven Boulevard at just before 2:30 a.m. on Thursday for a report of a man with a gun. When officers arrived they were directed to a room inside the hotel where they discovered an adult man – now identified as Jeremiah David Koch, 30, from Lenhartsville, Pennsylvania – with trauma to the upper body. Koch was pronounced dead at the scene.


The body has been transported to the Office of the Chief Medical Examiner for autopsy to determine the cause and manner of death.