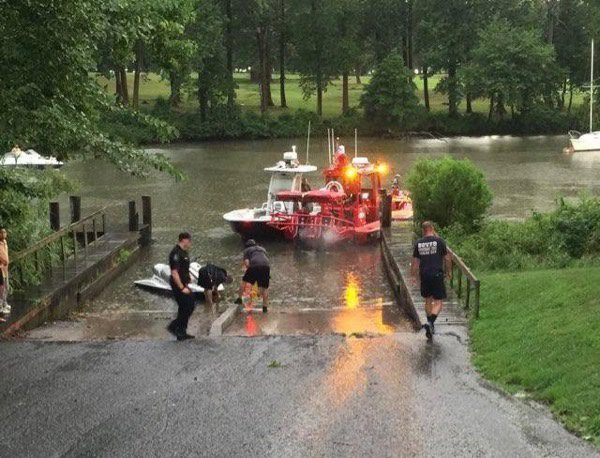 MIDDLE RIVER, MD – A jet skier was rescued during a sever storm in Middle River on Wednesday evening.

As thunderstorms rolled through the area at around 6 p.m., a jet skier was following a boat to safety when the two became separated by wind and rain.

After a search of the area, members of Marine Emergency Team 21 eventually located the jet skier against a rock jetty at the southern end of Hart-Miller Island.

Emergency personnel helped return the jet skier to his launch point where he was reunited with his party.