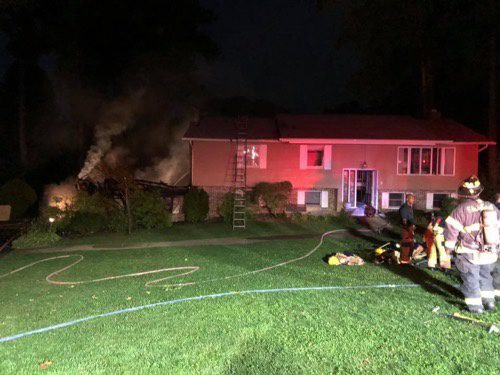 KINGSVILLE, MD – Crews are on the scene of a Tuesday night house fire in Kingsville.

At the scene, firefighters found heavy fire showing from a two-story, split-level home. Fire was also reportedly found in the attic.

The Baltimore County Fire Department reports that the fire began with a tractor in the garage of the residence.

A tanker strike team is being dispatched to the scene due to limited water sources.