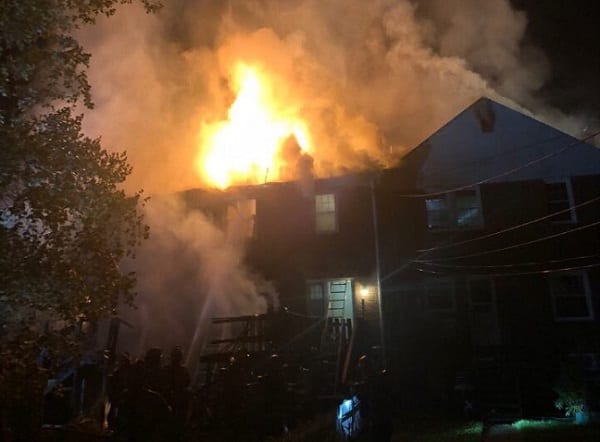 UPDATE 2: GoFundMe pages have been established for the fire victims – click here for details.

UPDATE: Officials have determined that the fire was caused by a grill on the back deck of one of the homes.

PARKVILLE, MD – Crews remain on the scene of an overnight, 2-alarm house fire in the Loch Raven Village community.

A total of three townhomes were involved in the fire.

The fire was eventually placed under control, however, as of 8 a.m., units from Providence Volunteer Fire Company were still on the scene.

Units respond to overnight car fire on I-95