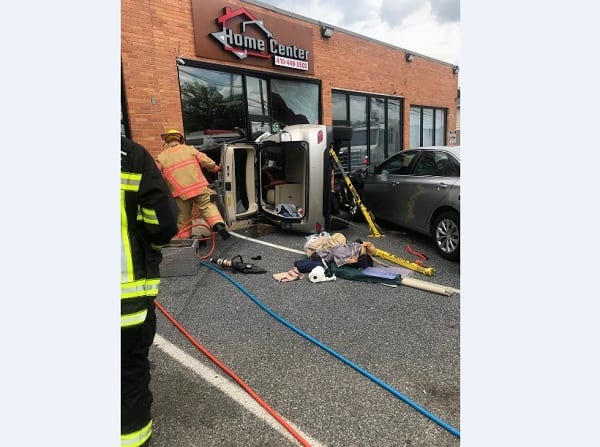 UPDATE: One adult female and one firefighters have been transported to a nearby medical facility with minor injuries.

PARKVILLE, MD – Crews are on the scene of a Thursday afternoon crash in Parkville involving a vehicle that slammed into a building.

The vehicle seems to have overturned onto its side after crashing into the Home Center store, located on Taylor Avenue, between Oakleigh Road and Bon Air Road.

The damage appears to be extensive and fuel is leaking from the vehicle.

Hazmat crews have been called to the scene, as well as building inspectors.